skip to main | skip to sidebar

The Leaf Blower and the End of the World

The gardeners are back today.

Collectively, working at different times at all the houses in the wealthy neighborhood where I rent a small house, the noise level they create renders this particular patch of luxury real estate almost uninhabitable throughout the summer. The irony used to please me; now I find it debilitating and sad. I listen to the toxic symphony of two-stroke engines: lawn mowers, weed-wackers, hedge trimmers and most of all – worst of all – the leaf blowers, and I see the end of modern society looming in their fumes and racket.

The leaf blower stands for so much that has gone wrong in our world in my lifetime. We used to take care of the leaf problem by raking them into piles and burning them. Autumn was scented by leaf smoke in those days. But the rake is too much trouble, too quiet, too simple; it requires too little fossil fuel, and with an irksome physical modesty refuses to impose itself on the world around it as the almost military leaf blower does. Engines raging, exhaust spewing, leaves flying, you can feel like a serious job is getting done.

And what exactly does the leaf blower do, for all the noise pollution and air pollution it creates? It moves leaves around. It pushes them from Mr. Johnson’s yard in to Mr. Constable’s yard; tomorrow Mr. Constable’s gardeners will come and push them back. So the leaves migrate senselessly in a grotesque waste of fuel, energy, time, money and aggravation, and no one seems to notice but me.

But this is what we do now: we create machines to accomplish what were once simple tasks in the most tortuous and destructive way possible in the name of progress. Look at the feed lots of the Midwest, which have replaced the grazing cow whose dung fertilized the grass it ate in a perfectly sustainable closed system. Now we feed the cows corn to make them grow fast enough to be profitable, and store their wastes in vast lakes that are contaminating the whole continental aquifer; and since the cows cannot really digest corn, since it makes them sick in fact, we have to pump them full of antibiotics which make their way into the body chemistry of the millions of people who eat the beef, eventually dismantling a century of progress in the fight against disease.

We replace loosely built old timber houses with hermetically sealed, climate-controlled fortresses whose very air-tight perfection breeds mold and mildew and rot. “House kits” assembled on your lot are now guaranteed for twenty years! What a bargain! The house I live in was built a hundred and fifty years ago, and it’s doing just fine, thank you.

When a big meat packer bought Park’s sausages, they soon realized that the little family-owned company was using overly expensive ingredients and manufacturing the links in a slow and in efficient manner. A team of corporate experts tackled the problem and soon they found bargain materials and streamlined the manufacturing process. On paper it was a coup for smart management -- a new era of profitability. The only problem was, the sausages tasted horrible and no one bought them. No one had considered that minor detail in the overhaul. Sales got so bad that the Parks family was finally able to buy the company back and rebuild it.

There aren’t many stories with happy endings like that.

When my Ford Escape’s exhaust manifold disintegrated at the 60,000 mile mark, (timed perfectly to match the warranty’s expiration), I complained to the service guy at the dealership, remarking that my father drove a 1959 Rolls Royce while he lived in England from 1968 to 1975. He sold it when he came back to the ‘States, for exactly what he had paid for it. All he ever did was put gasoline in the tank and change the oil. What made that car so much better than my Escape? “Well, those parts were all machined individually,” the guy informed me “They’re filed down by hand, measured to tolerances we don’t even think about, by guys who’ve been doing it all their lives. They apprentice for ten years before they even get to hold a tool in their hands. And I’m talking tools. They use calipers, for chrissake.” He lowered he voice, leaned across the counter. “Everything on your car was made as cheap and fast as it could be made, out of the cheapest grade crumbiest materials we could buy on the international market. We use aluminum and plastic. They used steel. So whatdaya expect?”

I expect new things to fall apart and old things to work: like the 1950s vintage sunbeam toaster I picked up at dump that has outlasted all its modern counterparts; like the manual Olympia typewriter I’ll probably go back to using when the last computer dies, like the antique couch whose springs and fabric remain firm and close-stitched while the fancy I sofa I bought two years ago is already falling apart.

I expect people to be lazy and machines to be elaborately. useless

I expect people to embrace music machines whose ‘earbuds’ are making them deaf, and ‘smart phones’ that can’t hold a connection, and a government that steals their liberty and their privacy and their hope of a comfortable old age for no other purpose than to secure the wealth and power of the modern Pharaohs who own their world. Nothing else works – why should the government? I expect more tomatoes grown from Florida sand with the help of a hundred chemicals, picked with slave labor and turned red in a gas chamber. I expect more bad movies made by committee, more ‘tailored’ suits glued together in sweat shops.

I expect things to decline, to subside, to fail. I expect to see the world improved to death. And tomorrow morning, I expect the leaf blowers.

I can always count on them 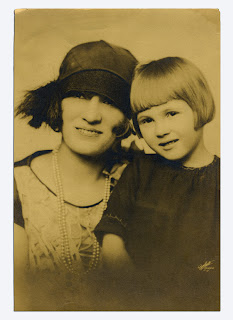 My Mother called me from inside her dream last night.

It wasn’t a psychic experience; she used her cell phone.

My own phone started ringing in the middle of the night. I lurched out of bed, panicked and disoriented. A call in those deep-sleep hours before dawn usually comes from the hospital, the police station or the morgue. This one came from the Pine Barrens in New Jersey, where my mother’s dream was happening.

“I need you to make some calls for me,” she said.

She sounded strong and alert. I almost never hear that crisp diction and easy authority in her voice anymore, when she’s awake. It reminded me of my Mom twenty years ago – a vibrant seventy-year-old with a busy schedule and a lot on her mind. The ninety-year-old Parkinson’s patient, fading away in the local nursing home?

“What phone calls, Mom?” I managed. “It’s like two in the morning.”

“Well, I suppose you should call the film office first.”

“Well, Frank seems to have disappeared and they might know where he’s gone or how to get in touch with him.”

“Oh, sorry. He’s supposed to be handling the extras, keeping track of us, getting the porta-potties here. supplying us with water and snacks, making sure we’re on location when the director needs us. All that kind of thing.”

“Okay, hold on a second. Where are you exactly right now?”

“I’m sure we talked about this. I’m in the Pine Barrens. They’re making the holocaust movie and they had to do a controlled burn for this big sequence they’re shooting. But that’s what I’m worried about. This forest is a tinder box and I think the fire may be going wild. One of the extras is already suffering from smoke inhalation and another one – a very nice man – seems to have fainted. We’re doing our best to take care of them but really it’s Frank’s job and he’s nowhere to be found.”

Now I was fully awake. I was getting interested.

“Tell me about the movie,” I said.

“Well I’m not sure of the story, no one gets to see the script, but there’s obviously an escape involved, since this whole section is set in the woods. And the director is brilliant. Just brilliant. But also a little unstable. He’s always going off on tangents when he talks. He knows everything about film history, and he’s done his research on the period, but I’m not sure he’s on top of things right now. He’s out of control, Stevie, and no one’s really talking to anyone else. Very bad communications.That’s why I thought I should call you. Someone needs to co-ordinate things here.”

I told her to use the old Bob Hope trick of the mini-nap, so she could get some rest in case she had to do something strenuous later.

She’s been having these amazingly vivid dreams for several years now. Mostly she can’t remember them, but when she can, it’s very difficult for her to distinguish them from reality. We’ve all had that experience: dreaming a car crash and piecing together reality one fragment at a time after you wake up: I can move my legs, I’m my own bed, not a hospital, it was just a dream. Even so the dread can linger into the morning.

It’s much the same for my mother, just magnitudes more intense. When she was living with me before she moved to the nursing home she almost fell down the steep basement steps because she was trying to leave the Metropolitan Museum and get out to Fifth Avenue and take a taxi home. In order to accomplish this she had to traverse the whole downstairs of my house. She couldn’t get the door to the basement stairs open, luckily. This was at a time where she couldn’t walk unassisted when she was awake.

So my question is: what’s going on?

If I was a doctor this would be the total focus of my research. Some broken synapse gets circumvented when she’s asleep. Some short circuit gets corrected. She can walk. She can talk without slurring her words or getting lost in a sentence. It’s the same organic machine, the same bundle of nerves and muscles, but it works when she’s unconscious in ways she can only dream of when she’s awake. Doctors and scientists readily admit they have almost no understanding of brain function. The territory has never been explored and remains as mysterious as the bottom of the ocean or the inside of a Black Hole. The men who created the electronic chip that ‘rewires’ Parkinson patients’ brains and relieves most of the symptoms have no idea how or why it works. They discovered it by accident. Their genius was following the accident and exploring the ramifications of the unexpected. But they remain basically clueless and their awed humility in the face of these mysteries is both impressive and discouraging.

Something extraordinary is going on in the deep recesses of my mother’s mind, some eccentric nightly miracle, and no one has the faintest idea what it is. I know I can’t figure it out. All I can do it send a post out onto the internet, a tiny plea and a rallying call for the men and women doing brain research and trying to find a cure for Parkinson’s.

The cure was in the Pine Barrens last night.

But the director was out of control.